Without Pomp or Ceremony : the Burial of King Richard III 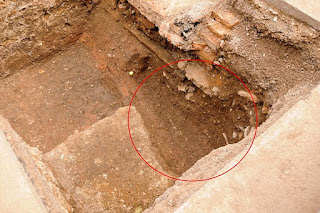 Underneath the Carpark in Leicester

Philip Harvey
Glorious summer here in Australia as we read all the news and views of the Week of Richard the Third. The broadsheets publish images of the footless and backbent skeleton. The general public is brought up to speed on such facts as the Battle of Bosworth Field (1485) and the (this is always eye-catching) “upstart” Tudor family. Readers of Hilary Mantel would wonder how a Tudor could be thought upstart, but just consider how many upstarts people her pages, all willing to insinuate themselves into favour with the Tudor monarch. Oxbridge tweeters ask if this has anything to do with history, thereby admitting by implication that they have been gazumped by the University of Leicester. For indeed it is Leicester’s Week too, no doubt. Once we accept that yes these are the mortal remains of Richard III, we are faced with a large number of historical questions, and no doubt more will occur as time proceeds.

Inhabitants of the Carmelite Library turn their attention to questions that are not of pressing concern to the media. A place dedicated to the history of religious orders will want to know why the Franciscans of Leicester were given the duty of burying the body? And why was it done in haste, without “pomp and ceremony”? The Library holds no less than six books for which the main subject is Richard III. In none of these excellent academic titles does an index list either ‘Franciscans’ or ‘Grey Friars’. This in itself could be thought a serious omission, when in the past couple of days the archaeologists and historians in Leicester have been in no doubt that people in every age knew that Richard III was buried near the high altar of the community church of the Grey Friars, otherwise known as Franciscan Friars Minor.

After Richard was killed in battle his body was humiliated by blows and left on display for some days: it was then given over to the Friars. The speed with which the place of interment was created tells us that it had to be a quick job. To bury the body in a community church meant that few visitors would be around, even if the Grey Friars took in guests on occasion. The choir chancel of the church was protected, a sacred space, not open to the abuses of the public. Could it have been that he was buried there in secrecy? We only have to observe the burial at sea of Osama Bin Laden to know that the American Government had to hide the evidence and also avoid a burial place that could become a martyr’s grave. The job of shifting the mortal remains of Richard III was done with minimum fuss and as little attention-making as possible.

In English Christian society in the fifteenth century it was a duty of religious and the church to bury the dead. This was one of the fundamental human requirements, like feeding and clothing the poor, that was a responsibility which rested with the clergy. We live in a society where various social systems can be called on in such a situation, but then, this was a matter handled by the church. The Grey Friars were left to manage with a little dignity the burial of the erstwhile king. We can assume in this context that this was done privately, without the military or royal presences we would usually expect at such a moment. Hence also the reports (and I look forward to reading more of the contemporary paperwork) that it was done without “pomp or ceremony”. The Tudors wanted him well dead, and then some, which we know when we go to watch Shakespeare. That Henry VII is supposed to have ordered a memorial over the spot says something about the Tudors’ need to restore monarchical honour in the next generation, even if they were the winners, but it also leaves us to ponder what must have happened when the Grey Friars buildings were destroyed in the late 1530s. Somebody down the street knew something, just minding their own business. That the rumour persisted that Richard’s remains were still in the precinct attests to the marvellous nature of local awareness and how it can run counter to the ideological wishes of the time.

The exhumation and identification of Richard III has demolished the Reformation Legend that at the Dissolution of the House after 1536 his remains were taken and tossed into the nearby river. Clearly feelings about Richard were still running high in Leicester fifty years after his death, though how and why this Legend was promoted now becomes an interesting matter for an historian. The Franciscans quietly and diligently did the job they would do for anyone, that they had to do for anyone. That his remains will now be reburied with “pomp and ceremony” at the nearby cathedral is one of the curiosities of church history. 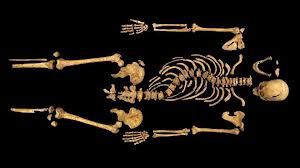 The King's Remains, resting on Black Velvet in Leicester in 2013
Posted by The Carmelite Library at 18:50