Edith Stein: Transformation through the world of relationship BERNADETTE MICALLEF 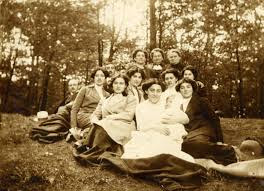 ·        In late 1916, she observed a woman who came into the Frankfurt Cathedral, “and knelt down in one of the pews to pray briefly. ... here was someone interrupting her everyday shopping errands to come into this church, although no other person was in it, as though she were here for an intimate conversation. I could never forget that.” (401)
·        In early 1918, she experienced the way her friend Anna responded to the death of her husband Adolf Reinach. Edith spoke about this episode to Fr Johannes Hirschmann who wrote, “The decisive reason for [Edith’s] conversion to Christianity was, she told me, the way in which her friend Frau Reinach, in the power of the mystery of the Cross, made the sacrifice that was imposed on her by the death of her husband at the front in the First World War. In this sacrifice [Edith] experience a proof of the truth of the Christian religion and became open to it.” [3]
In these examples, by observing the people in her life, and at the same time not understanding what motivated their behaviour, she was able to appreciate that from their perspective the experience of these events differed from her own. Again, through such an attitude of openness she was gradually transformed.
Attitude of openness: closer to home
Edith’s attitude of openness also permeated beyond her student life and friendships into family dynamics and relationships. She describes the effect on the household of the presence of Hans Biberstein, the future husband of her sister Erna, and Hans’ mother.
She writes of Hans and his mother, “Both were excessively sensitive and suspected that an intent to offend lurked behind the most harmless remark made to them; they were likely to take offense instantaneously and obviously.” (119-120) After an incident in which her sister Rosa had caused “unintentional offense” Edith encouraged her to apologize “in order to restore peace,” and writes, “One has to take persons as one found them.” (234)
Edith recognizes that this has not always been her own way of relating to others and in particular to Hans. She reflects on the changes in herself over the years and her new attitude towards others and writes,
We never again had a falling-out such as we sometimes had during our student years. This was because I had completely changed my attitude towards others as well as toward myself. Being right and getting the better of my opponent under any circumstances were no longer essential for me. Also, though I still had as keen an eye for the human weaknesses of others, I no longer made it an instrument for striking them at their most vulnerable point, but, rather, for protecting them. Even my tendency to correct others did not affect my new attitude. I had learned that one seldom reformed persons by “telling them the truth”. That could benefit them only if they themselves had an earnest desire to improve, and if they accorded one the right to be critical. Therefore, in these conversations with my brother-in-law, my prime concern again was to get to know him and his mother better since their ways differed so much from ours. This enabled me later to support Erna on many an occasion. (234-235)
Edith’s support for Erna was particularly needed in the year prior to her wedding in December 1920. Edith, now in her late 20’s, was the one to whom Erna confided her struggles. Edith wrote,
Her engagement had been a protracted torment. … in the morning, … she would come in to tell me what had transpired the evening before. … Frequently her first words were, ‘I don’t know what to do; I’m desperate!’ … I would have Erna tell me everything, giving her whatever advice I could. My guiding principle was always: give in, in all that is not unjust. [4] (235-236)
Edith’s advice to Rosa to “take persons as one found them” and her advice to Erna to “give in, in all that is not unjust” displays a fundamental attitude of respect for the perspective of the other. This respectful attitude bears little resemblance to the ‘enchantingly malicious’ youthful Edith.

Open to the unknown
As Edith says of the Bibersteins, “my prime concern again was to get to know him and his mother better since their ways differed so much from ours.” Seeking to get to know another acknowledges that there is more to know than what is currently known. To be open to this more, open to what is currently not known is essentially to be open to the unknown.
Being open to the unknown reduces the compelling need to be “right” and get “the better of my opponent under any circumstances.” Rather than a static, oppositional relationship, the relationship can have an ongoing dynamic which is always open to change as more becomes known about the other. With such an attitude to relationships, those whose ‘ways differ so much from ours’ are no longer the ‘opponent’ but rather an ‘other’ whose perspective deserves as much respect as our own.
As a child, Edith was open to the unknown perspective of her mother and eldest sister; as a student, open to the unknown perspective of those who lived in the world of faith; as a young adult, open to the unknown perspective of her future brother-in-law and his mother. This disposition of being open to the unknown may or may not have changed the other, but it allowed for her gradual transformation that happened “almost without noticing it” over the years prior to her conversion to Catholicism.
Message for today’s world
For me, an important issue for our world today is the issue of how we respond to diversity; how we respond to those whose “ways differ so much from ours”. Our responses to those who are ‘not like us’ in our families, communities, churches, and wider organizations, reveal underlying critical attitudes, the consequences of which are largely shaping our world today.
Edith’s attitude to those who are ‘not like us’ is to respectfully acknowledge their perspective and reflectively seek to understand. Being always open to further understanding is consistent with a Christian/Carmelite way of life. We do not already have the fullness of what we are attempting to grasp about the other – whether that other is another human being or the God in whom we profess to believe.
In fostering an attitude of openness to the other, and the Other, we will become open people who recognize there is always more to know than what is currently known. If we are open people, our day-to-day dealings with all others, regardless of their views and values, are likely to reflect a deep seated fundamental attitude of respect. The ground of this respect for others is, in fact, respect for the unknown, and the Unknown.
Taking Edith Stein as our guide, being Christians/Carmelites in our world today invites an underlying open disposition: open to further understanding, especially in relationship with those whose ways differ from our own. Through being open people, in our world of relationships, we can be transformed and together we can contribute to transforming the world.

[1]     All page references taken from Life in a Jewish Family, ICS, 1986 edition.
[2]     Teresia Renata Posselt, Edith Stein: The Life of a Philosopher and Carmelite. Edited by Susanne M. Batzdorff. Josephine Koeppel and John Sullivan, ICS, 2005, page 58
[3]     Letter of 13 May 1950 to Sr Teresia Posselt, quoted in Gibbs, ‘My long search for the true faith’ The Conversion of Edith Stein. http://www.carmelite.org/documents/Heritage/gibbsconversionofstein.pdf  page 21
[4]     These reflections are recorded in Chapter VI, Life in a Jewish Family which is titled 1913 although Erna was married in 1920. (17) This time frame is important regarding Edith’s statement, “At that time my health was very poor, probably as a result of the spiritual conflicts I then endured in complete secrecy and without any human support.” (237) The time she refers to here was 1920, the year before her conversion, not 1913. 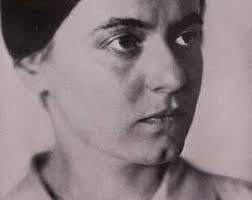 Posted by The Carmelite Library at 19:29