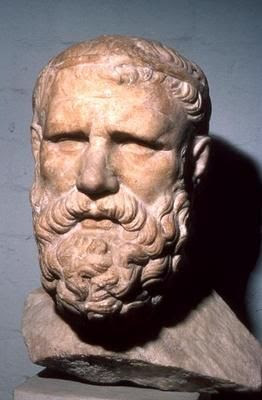 If you have the time, consider how you would go about charting time, without much to go on but the sun, moon, and seasons. You could do this at a surf beach, a sports field during half-time, or in the library on a spare afternoon. You could be Eratosthenes of Cyrene, a hero just for one day. Determining the years since you were born would be child’s play compared with calculating the years since the last small ice age in your local area. When you write ‘Chronographies’, in between duties as the Alexandria librarian, you want to date everything since the Trojan War. This is a good genesis point, but Homer was not specific (none of the Homers, in fact), and was the Trojan horse just for one day? Or you can pre-empt encyclopedists by writing, in similar vein, a chronology of the winners of the Olympic Games. It was worth all the sweat they gave just to have their names dated in Eratosthenes’ ‘Olympic Victors’.

Your knowledge of Homer tells you that Greece and Anatolia are big chunks, but let’s not get into particulars. This annoyed Eratosthenes (circa 276 BC-circa 194 BC), who was interested in inventing Geography. None of the Homers were interested in geographic signposts. Ithaca, for example, is probably an island in the Aegean, or Adriatic maybe, when it isn’t 7 Eccles Street, Dublin 1. You know that, but then you don’t read literature for the literal landmarks much, even while Jerusalem in the Bible is generally meant to indicate the city called Jerusalem. You don’t have to devise maps for climate zones, place grids over land drawings to find the quickest way home, or draw lines in proverbial sand to  say where one country stops and another starts. Because Eratosthenes did it for you in his 3-volume ‘Geographika’, when he wasn’t working the circulation desk of the Alexandria Library. Your cartographic skills rarely extend beyond sketching directions to the party on a coaster, or swearing at the GPS as you drive into a lake. You don’t have to reinvent the wheel, just make it stop. Nor do you need to reinvent the globe of the world.

It is but a small step for a man of Geography then to calculate the circumference of the Earth. You will find though it is a giant leap from Alexandria to the Upper Nile. When you stare down a well there at noon on the solstice, as you may do, your head blocks the reflection of the sun on the water below. While at the same time in Alexandria, the sun casts a slight shadow. By measuring the giant leap and the angle of the sun’s rays, Eratosthenes calculated that the Earth’s circumference was fifty times that distance. His margin of error was only 10%, because of his assumptions about distance and about light rays being parallel. Another assumption that was not exactly right was that the Earth is a perfect sphere. We believe it’s roundy, but not flat. Flat Earthers have a psychological block that has nothing to do with Geography. You can be a Flat Earther, if you choose, but don’t blame someone else. A repeat of Eratosthenes’ calculation in 2012 using more accurate data came within 0.16% accuracy of the accepted circumference of the Earth.

Then again, if you have the time, consider how you would go about measuring the distance from the Earth to the sun. You could do this by googling, asking someone with primary school education, or going to the local library and finding out. None of these options were available to Eratosthenes. Or the tilt of the Earth’s axis? He was quite accurate, nor had he ever met anyone who had navigated the said globe. Later critics nicknamed him Beta because he was a jack-of-all-trades, with the implication, master of none. Strabo (circa 64 BC-24 CE), who knew a thing or two, called Eratosthenes a mathematician among geographers and a geographer among mathematicians, which is a case of stating the obvious when Eratosthenes is the father of Geography. You and I look at the sun, not too long, in the context of the universe, and it is too close for comfort. We are bound to it by gravitational pull in ways Eratosthenes could not imagine, though he would have grasped the meaning once explained, probably faster than Strabo. You and I teach ourselves not to fear the heat of the sun, given we face a new small ice age in our local area.

Beta version is perhaps the ultimate compliment and badge of honour for someone with this list of trial achievements. Anyone can get an A for repeating what Eratosthenes proposed. It takes an Eratosthenes to say that this angle or that distance or that leap (miles or years) is as good as he can get, for now, and stand by the results. Meanwhile, in the A for Alexandria Library he was scrolling and texting every other bit of the day, which may have left him, as it leaves you and me, wondering just how many days he had, anyway. His answer, produced well advance of the naysayers and newspapers, was 365 days in a year. With an extra day every fourth year. This calculation is slightly better than beta. He figured this out because he was not superstitious about eclipses, and because he wanted to know. Time moves slowly in a library, or quickly, quicker than light, but that has nothing to do with the library.

As you know, you see every kind of person visit a library. There are the highly read and the illiterate, specialists and polymaths, autodidacts and true believers. There are visitors from every nation and those who’ve never even been around the block. The Greek word for blockheads is idiota. Eratosthenes was a polymath, hence the description of him amongst his friends as pentathlos, though he was not a library visitor. He was the librarian, which means he observed the varieties of visitor. It could well be for this reason that he objected to Aristotle (384-322 BC). Aristotle argued that humanity was divided into Greeks and barbarians, the conclusion to be reached being that Aristotle was a Greek. He believed that Greeks should keep themselves racially pure. This either/or thinking, not remote from alpha/beta thinking, is impossible to sustain in a library that is open most days of the year. Eratosthenes believed there was good and bad in every nation and people, and rebuked Aristotle for being so black and white.

This seventh and ultimate paragraph is dedicated to the inventor of prime numbers. Opinion remains undivided on who this person is. Eratosthenes, a mere beta male by contrast with his alpha critics, proved that two is the same as one in regard to primes. He proposed a simple algorithm for finding prime numbers, which is known in mathematics as the Sieve of Eratosthenes. By iteratively marking the composites (the multiples of each prime, starting with 2) the Sieve shakes out all the wash of composites, leaving only the primes gleaming in the Sieve. This image though can serve also to describe what remains of his work. You are warned before you begin your own work in these fields of endeavour. For all the works of his that we have, that precious minority of prime material, the majority of Eratosthenes’ composite production was lost with the destruction of the Library of Alexandria. Troublingly, this occurs during the lifetime of the aforementioned Strabo.
Posted by The Carmelite Library at 21:09

Email ThisBlogThis!Share to TwitterShare to FacebookShare to Pinterest
Labels: Eratosthenes of Cyrene, Library of Alexandria, Reveries