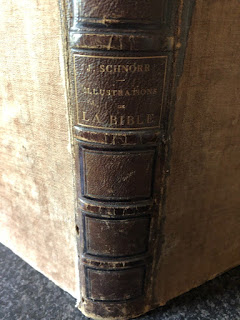 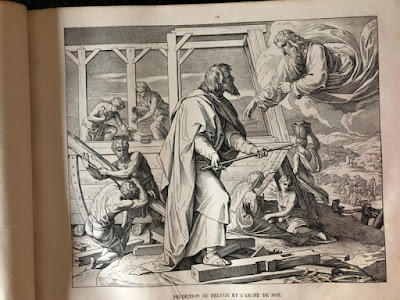 240 wood engravings copied from the work of the German painter Julius Schnorr von Carolsfeld (1794-1872). (Paris & Leipzig, 1860) Notes: Schnorr was a member of the Nazarene School, a Romantic reaction to neo-classicism, its aim to revive the spiritual in pictorial art. ‘Nazarene’ was a term of derision used by the school’s critics who scorned the Bible picture clichés of flowing hair and flowing robes. They were Pre-Raphaelites before the Pre-Raphaelites, having an important influence on that English school of art. The Nazarenes had dispersed by the time Rossetti & Co. got to work, and one cannot help feeling that Schorr had subsequently gone over to the neo-classical dark side by the time some of these works were made. Others discern a post-Raphaelite floridity, typical of the late Renaissance. A scanty record for this bulk load is available at the Bibliothèque nationale de France, Notice No. :  FRBNF40360702, scanty especially in regard to the team of artists who made the woodcuts from the Schnorr originals. Cataloguers steady themselves at this point to ask the main question: who are the people primarily responsible for this big time picture book, Julius Schnorr von Carolsfeld, or his copyists? Names do not leap instantly from the page, only obscure initials in corners against the placename Dresden. 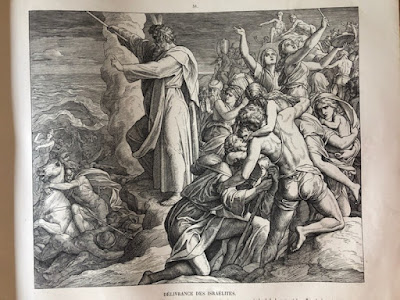 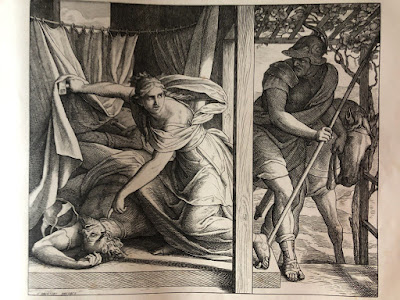 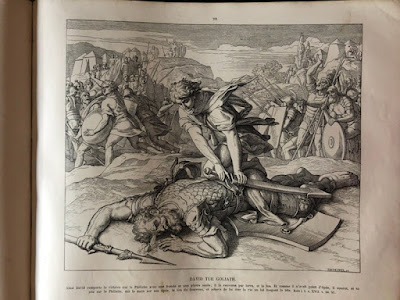 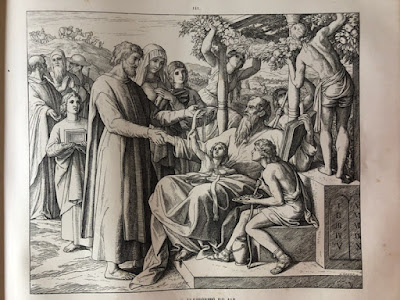 Life as it never is. The prosperity of Job. 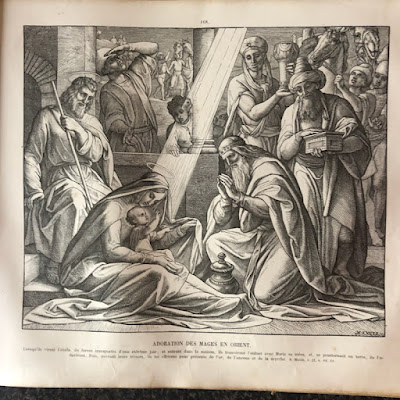 The Magi, in fact the whole entourage 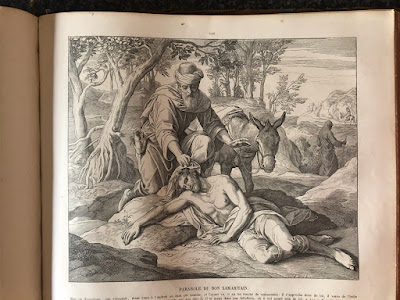 Not passing by on the other side
Posted by The Carmelite Library at 19:08