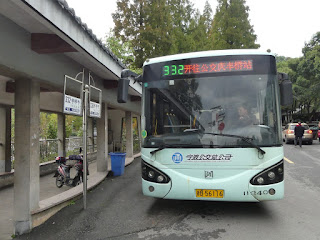 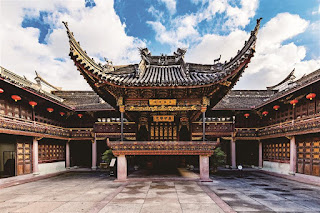 Today we visit Ningbo, one of China’s oldest cities (circa 4800 BC), home to China’s oldest library (founded in 1561). The One Sky Pavilion, or Tianyi Ge Library, was constructed according to Taoist principles based on the Book of Changes, which is why in Chinese the name is also sometimes translated as The Universal Union Pavilion.

When we read the English Sinologist Arthur Waley, his account of ancient dynastic and province wars is that one of the first things they did was burn down the library of their enemy. This is why they are hard to find on Google. Tianyi Ge’s wiki, well worth reading, includes the following ‘fun fact’, “The walls were specially constructed to prevent fire.”

China is complex, with a book culture from very early. The Chinese invented paper. Dynastic, bureaucratic, scholarly, and private libraries are recorded throughout its history and literature.

Tianyi Ge held 70,000 books at its height. It was established by the Emperor. The collection became depleted over the centuries due to theft and neglect. The British helped themselves to many of the manuscripts. Restoration really coincided with the opening up of China in the nineties and the government’s policies of celebrating the country’s ancient heritage.

Throughout our visit to the oldest library in China, we have been visiting beautiful libraries of modern China. Each film is about five quality minutes long. It’s time to thank Leslie Montgomery who pieced together this wonderful alternative tour online.

Posted by The Carmelite Library at 15:22