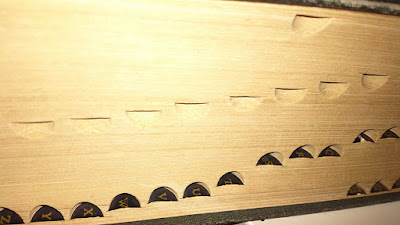 On his Facebook page theologian Ben Myers quoted a publisher’s howler from a book’s back cover: “This volume offers reflections on the theme of death and dying from scholars and practitioners.” Ben’s online friends came to the feast.

“Does that mean there is a ghost writer involved?” “Dr Death?” “Be sure to read this book to reap its rewards.” “Dying to be published ...” “Publish or perish.” “I wouldn't be caught dead doing research like that.” “Interesting subject. Is it part of a larger corpus?” “There was only a bare bones of an argument.” “The hardest thing about writing is meeting the deadline.”

Ben’s own remarks, “They had to work like hell on their research.,” inspired responses like “People are literally dying to read it.” His efforts to slow the avalanche of one-liners with statements like “Seriously though, it's an interesting read. The editors did a killer job putting a book like this together,” only increased his theological friends’ keyboard amusement: “Apparently they couldn't find anyone to peer review the chapter on resurrection.” Or got a response to his “It was after their burial that they did their most ground-breaking work,” with “So have you bought it?” and “I think this thread should now rest in peace.”

Thus do we spend tea-time in the age of social media. Presumably Samuel Johnson would have blogged “"Depend upon it, sir, when a man knows he is to be hanged in a fortnight, it concentrates his mind wonderfully." For indeed, there is nothing that quite concentrates the mind of a scholar, or anyone else really, like the prospect of death. Writing achieves new directness and applicability. Ben’s catena of witticisms attests to the fact because, as it happens, we are all practitioners of death and dying. It comes naturally. Libraries contain all the required evidence.

When we sit amidst the hundreds of practitioners in the Library, their words working against time and the dreaded (need I say it again) deadline and their own ambitions, it is as though we are ourselves witnesses in one place to all that went before. The shelves groan with practitioners, as Charles Dickens might have said. And indeed, we continue these courageous efforts of practice ourselves, ever careful to distinguish the noun ‘practice’ from the verb ‘practise’, as if something will strike us down if we do not. Even Americans are not immune.

When we catalogue a monograph or DVD or other item, all in a day’s work, should we abandon the confusing array of entry terms like Author, Editor, Contributor, Illustrator, Producer, and simply use the term Practitioner? As the daily round of visitors line up with their materials at the circulation counter, a sign like ‘Practitioners are advised to have their volumes ready for zapping’ could helpfully be placed in clear sight. The theme is familiar and the experience lifelong.

Unlike a registry or a dead letter office or a census file, a library contains the very essence of what a practitioner intended us to find. We imagine John Donne having a field day on the theme of death and dying, in fact expect nothing less. When we have done, we have not done, for there is more. Our very attraction to libraries reveals a hidden desire to know and understand world’s best practice. We find ourselves with time to spare, leafing through the list of contributors, down there with EndNote in the footnotes of a shared experience. Our fingertips pull open that ancient reference work as if it’s the last thing we’ll ever do.

Posted by The Carmelite Library at 23:21 No comments:

Abstracts for ‘Care For All That Exists : A Symposium on Creation Spirituality’


‘Care For All That Exists : A Symposium on Creation Spirituality’


Thursday 26th and Friday 27th May, with a retreat on Saturday

Pope Francis emphasises the importance of universal communion as an antidote to the exploitation of the planet. This presentation will explore the practice of meditation and the contribution of the world’s faith traditions in promoting this communion. As Pope Francis writes, “A sense of deep communion with the rest of nature cannot be real if our hearts lack tenderness, compassion and concern for our fellow human beings.” Laudato Si, 19

This paper explores some implications of the ecological conversion called for by Pope Francis. It discusses an engagement with the land in which groups are working to restore the indigenous ecology and to monitor animal species. This work leads to an understanding of the ecological matrix: the intricate network of landforms and vegetation systems that criss-cross the land. Corridors of biodiversity make possible the movements of mammal and bird species. This landscape is full of power and meaning. This insight has economic consequences. For our culture and economy to be sustainable, all productive processes and urban planning must take place within the limits of the matrix. Creative examples of sustainable activity include those where people are developing diverse and productive food gardens in which trees, vegetables and animals are all integrated, mimicking wild ecosystems.

The Revd Dr Stephen Ames
Creation Spirituality and the Problem of Natural Evil
He is currently preparing a book on this theme.

After the tsunami on Boxing Day 2004 I noticed that prayers offered in the Cathedral still thanked God for the wonder and beauty of creation.  Prayers were offered for those suffering and for all who responded with compassion and care.   In relation to God no mention of the tsunami, of its extraordinary, devastating power.  My impression is that we Anglicans, and other Christians, don’t know how to look God in the face when it comes to suffering and death produced by natural processes in the created world.  I hope to reflect usefully on this issue in Christian creation spirituality.

Does the ecological crisis have implications for our spiritual lives? This session introduces a form of prayer that is a practice of attention to God’s living, communicative world around us, and of which we are part. The French philosopher/theologian Jean-Louis Chrétien speaks about the ‘visible voice’ of the Earth and of the creatures within it. The world which God creates and sustains is not dumb, but alive with speech. We describe a journey of learning to attend to the visible voice of ocean at Tathra on the NSW south coast, and the unexpected, radical transformations it held, especially in relation to our imperilled Earth home.

A report of the address, written by Deborah Guess, is published in the July 2016 issue of The Melbourne Anglican at this link:  http://tma.melbourneanglican.org.au/inner-life/creation-transformative-140716

Barbara Daniel
“The Greening of the Self” : on Joanna Macy

Always involved with the issues that affect the well-being of people and the natural world Joanna Macy has written books and run workshops to bring about change in perceptions and to educate for understanding a better way forward to mitigate the damage done by the “Industrial Growth Society”. Her embrace of Buddhism has strengthened the spiritual insights of her Christian upbringing, affording her hope and the impetus to continue when life seems hopeless.

Br Trevor Parton
The Dream of the Earth: How a more intimate relationship to the Earth suggests a New Cosmology

Dream of the Earth was one of the early (1988) books written by Thomas Berry on a renewed vision about how we might relate to the Earth in the face of its ecological devastation. Thomas Berry’s thinking goes beyond the concepts of stewardship and care of Earth to an attitude of deep kinship with the planet, the Earth Community, with a shared sacred destiny. This relationship is both intimate and mystical. The relevant topics mentioned are The Earth Community, The Ecologial Age, and The New Story

Dr. Deborah Guess
God in All That Is:  Panentheism as a Framework for Ecological Theology and Spirituality

Panentheism emphasizes divine presence in the world and is thereby consistent with the foundational (if occasionally neglected) claim of the Christian tradition that God is immanent as well as transcendent. The understanding that God is present in and to creation shares common ground with an ecological ethos which allocates a high level of intrinsic value to the natural world. Versions of panentheism from the twentieth century onwards have also posited that God is (to some degree) subject to influence or development, a claim which may depart from traditional Christian claims of divine immutability yet resonates with an ecological affirmation that the biophysical world operates through evolutionary processes. Panentheism can provide an effective framework for ecological spirituality and theology because it dialectically affirms traditional claims of God as transcendent and immutable along with current emphases on divine immanence and dynamism.

Dr Mick Pope
All things bright and beautiful? Towards an aesthetic ecotheology
His paper will appear at this site: http://ecocare.perth.anglican.org/journal/

Human beings now dominate the globe in what is referred to as the Anthropocene. Pragmatic concerns for maintaining biosphere integrity and ecosystem services, and justice concerns should be sufficient to motivate action. However, ideas of natural beauty still have power to emotionally connect us to the other, even in a culture increasingly disconnected from nature. This paper will begin to develop an aesthetic ecotheology that is grounded, is built both bottom up, i.e. based on evolutionary theory but also top down, driven by theological considerations. Such an aesthetic ecotheology will focus not only on “all things bright and beautiful” but all of God’s creatures.
Dr Lynne Reeder
Creation Spirituality through a Franciscan Lens: interdependence, mysticism, science and the passion of creativity

INTRODUCTION
·        Context – a new study has found that humans have reached total domination on Earth, becoming the top predator on land and sea. The study from the University of Leicester shows human power over the natural environment has caused shifts in world ecosystems unprecedented in the last 500 million years.

INTERDEPENDENCE
·        a holistic approach – can’t separate how we treat the world from how we treat the environment, ourselves and others
·        Structures – away from power as expressed in money and influence
·        Women – Clare first female order to have their charter blessed
·        Connecting with others empathy
·        requires an ability to engage with diversity

CREATIVITY
·        Intuitively knew what neuroscience is telling us know – the body is the connection
·        Consciousness important – Damisio – quote the time will come when we will take into account our consciousness in all justice matters - perhaps that time is now
·        Passion - What is mine to do?

Dr Anne Elvey
Creatures among creatures: Laudato Si’ and beyond -- being human in a more than human world

Recognising an “ecological conversion” among environmentally aware individuals and groups that might include Christians but were not themselves principally Christian, Pope John Paul II called Christians to a change of heart in their relationship with, and treatment of, Earth and its myriad creatures, including other humans. In Pope Francis’ Laudato Si’ this call is grounded in a Christian doctrine of creation where humankind are creatures among creatures, called to be at home, and responsibly so, on Earth. My paper brings this idea of being “creatures among creatures” into critical conversation with broader ecophilosophical understandings of what it is to be human in a more than human world.

Posted by The Carmelite Library at 19:43 No comments: