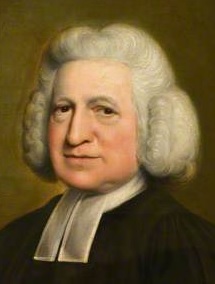 Susan Southall presented this paper on Charles Wesley to the Spiritual Reading Group in the Carmelite Library on Tuesday the 19th of September.

The lives of John Wesley and his brother Charles comprised almost the whole of the 18th century. John lived from 1703-1791 and Charles 1707-1788. This is the context of Charles Wesley’s hymns.
The 18th century in England is bracketed by revolutions. In 1688 the Glorious Revolution replaced the Roman Catholic James II with Protestants William and Mary. Jacobites continued to contest it throughout the first half of the 18th century: the question, who is the legitimate ruler? was deeply destabilising. The end of the century saw the American Revolution in 1776, the French Revolution in 1789. Wars with French in North America led to impressment of men off the streets to serve on the tall ships: it took 600 men to serve a man of war. Their families starved.
The Enlightenment raised questions. Is there a God? What kind of Supreme Being might it be? Is the church always right? Sermons in the Church of England might be intellectual and abstract, while the clergy had married into the gentry and lived in the Jane Austen manner, with livings they might not even visit, as elite incumbents.
Land Enclosures brought suffering to tenants and villagers in the name of agricultural efficiency. People became surplus to requirements. There was a falling away from the established church as all these factors came into play.
The 18th century saw the height of the slave trade. Wilberforce, sometimes called a Methodist, saw the abolition of the slave trade in 1833: his campaign inspired by a conversion such as undergone by Charles Wesley in 1838. At the time of the American Revolution, a slave was counted as 3/5ths of a man.
Charles Wesley was the 18th of 19 children, of whom 13 died. He had a stern mother who thought more of her children’s souls than their bodies; she taught them by much punishment ‘to cry softly.’[1] What we today consider child abuse was then respected as a parent’s concern for a child’s eternal fate.
He attended Charterhouse and Christ Church, Oxford. Religion was the family business. His father Samuel was an Anglican clergyman who had left the dissenting college to put himself through Oxford. Wesley rejected ‘the stern individualism of Calvinism’ and was once told that as he wished to serve God and go to heaven, he could not go alone.  ‘You must therefore find companions or make them. The Bible knows nothing of solitary religion.’[2]
The brothers were at Oxford together, where they began by preaching to prisoners. They were known as Methodists because they were exceptionally methodical in their Biblical study and disciplined in their lives.
In 1838 Charles experienced an evangelical conversion which led him to take up open-air preaching. This is when he began to write hymns. 150 of his hymns are in the Methodist hymnal. The phenomenal energy of the brothers is shown by the career of John Wesley, who travelled on horseback 8,000 miles per year. He preached 5,000 times per year.
Charles Wesley had 9 children, and 3 survived. His sons became musicians: Charles became organist to the royal family; Samuel was one of the most famous musicians of the time, called ‘the English Mozart’. Samuel’s son, Samuel Sebastian Wesley, a famous 19th century composer who wrote famous hymn tunes.
John and Charles Wesley are commemorated in the Anglican Calendar on 24th May, the date of conversion, as evangelists and hymn writers.

The Hymns of Charles Wesley

Come, sinners to the gospel feast,
Let every soul be Jesu’s guest;
Ye need not one be left behind,
For God hath bidden all mankind.