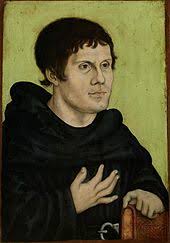 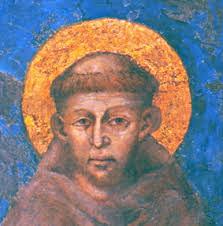 'NEW AND OLD TREASURES’: AWE, WONDER AND CREATIVITY FOR TODAY'S SPIRITUALITY  This paper has been adapted from a presentation given at the Symposium: The Once and Future Reformation: The Way of the Spirit Carmelite Centre, Middle Park, Australia
25-27 May 2017
ABSTRACT
The 500th anniversary of the Reformation provides a timely opportunity for reflection on the nature of belief and spirituality in today’s modern global world. Martin Luther had a particular approach to reform, one based in repentance, evident through a lack of visual art and sacramental creativity. The Reformation of the 16th century was not unprecedented; there were other reformers within the medieval church such as St. Francis of Assisi long before 1517. This paper takes an archetypal approach to Martin Luther and St Francis’ approaches to reform, and provides an introductory review of the newly developed science of awe. In doing so it contrasts Martin Luther with St Francis’ whose spirituality and activism focused on wonder and creativity. Indeed Francis’ approach to a spirituality of interdependence offers a chance to reflect on the significance of awe and wonder from the Reformation until now. Research underway in leading universities such as Stanford, suggests there are many opportunities for awe surrounding us, and that its benefits are profound. Momentary experiences of awe have been found to stimulate wonder and curiosity. This finding would not have been at all surprising to mystics such as St Francis, but they do have some key implications for approaches to spirituality in today’s global and fractious world.

Conclusion
Wonder and awe have been described as states in which one grasps, at least for a moment, that the world is not what it seems; that it is far more mysterious than our senses have led us to believe. When one holds such awareness beyond the fleeting moment, there is the possibility for the world, and our experience of it, to become enchanted.
But if wonder and awe emanate from our survival emotions and ‘doing’ states as Martin Luther’s did then we are fearful of them and they cause us to want more control, and a perfection of ‘monkery’ – today's equivalent of "faster quicker, stronger, harder."
The defining characteristic of "spiritual wonder" is a connection to someone or something greater than oneself, which also includes an emotional experience of spiritual awe and reverence.
This anniversary of the Protestant Reformation provides a timely reminder that fear as a guiding emotion is not useful. Instead, it offers the opportunity to rediscover the rich Christian artistic heritage that was often dismissed and destroyed in Reformation polemics (Dryness 2017:13). Trust, openness and stillness will bring us closer to our guiding spirit, which is even more important in today’s uncertain world. It is now time for radical openness to new discoveries, insights and a reconnection to wonder and awe.

FOOTNOTES
(i)"The negative however must always be grounded in the positive; doubt [the negative] is only possible through belief [a positive]."  Macmurray, John; The Self as Agent, Humanity Books, an imprint of Prometheus Books, Amherst, NY; copyright 1957; page 76 Some critics have complained of Macmurray's use of negative and positive, and it takes some study to understand. In his thought, the negative precedes the positive; as, for instance, thought precedes action; doubt precedes faith; and awe precedes praise. The negative is not complete (real or actual) without the positive, as one is not held responsible for undisclosed thoughts but is held responsible for words and deeds.
(ii) The Franciscan John Duns Scotus would describe awe as a form of intuition. He recognized two forms of knowing, the sensible and the intuitive. Sensible knowing draws from the senses; it measures, estimates, calculates and tabulates knowledge. Intuitive knowledge is more direct. I know another person by intuition if I have met that person, even if I have little sensible knowledge of them. Contrariwise, I could not say I know them if I have a lot of data, but have never ‘met’ them.
(iii) The act of intuition may be hampered in our present state due to original sin, but it belongs to the human mind by nature. Intuition is an immediate act, accompanied by certainty of the existence of the object. Scotus explains, "I may speak briefly, I call knowledge of the quiddity (essence) itself abstractive... and that of a thing according to its actual existence or a thing present in its existence I call intuitive intellection." Intuition is a direct vision (visio) of an actually existing object as existing."
Ingham, Mary Beth; Scotus for Dunces, Franciscan Institute, Saint Bonaventure NY; 2003; page 60
(iv) Concerning Saint Francis and the leper, he wrote in his Testament shortly before he died, "This is how the Lord gave me, Brother Francis, the power to do penance. When I was in sin the sight of lepers was too bitter for me. And the Lord himself led me among them, and I pitied and helped them. And when I left them I discovered that what had seemed bitter to me was changed into sweetness in my soul and body. And shortly afterward I rose and left the world." https://sourcebooks.fordham.edu/source/stfran-test.html
(v)"Now there are two and I think only two, emotional attitudes through which human life can be radically determined. They are love and fear. Love is the positive principle, fear the negative. Love is the principle of life, while fear is the death-principle in us. I mean that literally; and would go on to explain it by saying that you can divide men and women most fundamentally into two classes, those who are fear-determined and those who are love-determined.’  (Freedom In The Modern World, ch.4 A Faith For The Modern World; Paperback (1968) edition published by Faber and Faber (1st ed 1932). 224 pp. p32)
BIBLIOGRAPHY
Armstrong, Regis et alii; (2001) Francis of Assisi, the Early Documents. Three volumes: The Saint (1999), the Founder (2000), the Reformer (2001); New York, London, Manilla, New City Press

Berry, Thomas. (1994) ‘Ecology and the Future of Catholicism: A Statement of the Problem’, Chapter 1 in LaChance, A., Carroll, L. (eds.) Embracing Earth: Catholic Approaches to Ecology, New York: Orbis Books

Dalton, Anne Marie. (1999) A Theology for the Earth: The Contributions of Thomas Berry and Bernard Lonergan, Religion and Beliefs Series, 10, Canada: University of Ottawa Press,

Dyrness, William (2017) Opening to the Protestant Church to Beauty in Verdon, Timothy (ed) The Ecumenism of Beauty, Massachusetts:Paraden Press

Fox, Matthew.  (1999) A Profile of Thomas Berry scholar and lover of the Earth, in Earthlight Magazine, 34, Summer, www.earthlight.org/mfoxontberry.html

Gee, Paul (2006) http://johnmacmurray.org/further-reading/a-beginners-guide-to-macmurray-in-a-philosophical-context/
Heschel, Abraham Joshua (1951)  Man Is Not Alone: A Philosophy of Religion; New York: Farrar Strauss and Giroux New York
Irwin, A. (2002) Saints of the Impossible: Bataille, Weil, and the Politics of the Sacred, Minneapolis: University of Minnesota Press

Johnson, Elizabeth. (2000) ‘Losing and Finding Creation in the Christian Tradition’, in Chapter 1, in Hessel, D., Ruether, R R. Christianity and Ecology: Seeking the Well-Being of Earth and Humans, distributed by Harvard University Press, Massachusetts for the Harvard University Centre for the Study of World Religions

Keltner, Dacher, Why Do We Feel Awe? e-article May 10, 2016 https://greatergood.berkeley.edu/article/item/why_do_we_feel_awe
MacCulloch, Diarmaid (2005) The Reformation: A History, London, Viking Penguin Group

Macmurray, John (1957) The Self as Agent. London: Faber & Faber.  Full text at The Gifford Lectures Online [1]

Warner, Keith ofm ‘Out of the Birdbath!! Following the Patron Saint of Ecology’, The Cord, Franciscan Institute, April 1998, pp. 74-85