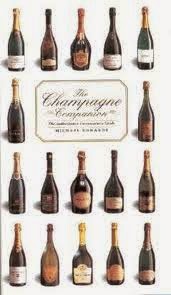 Food is a no-no in the library. That is conventional thinking. Crumbs get into the crevices of books. Drinks will be knocked across open atlases. Leftovers bring in the mice. Tomato sauce spoils the e-book screen. This is because highest value is placed on the user and their resources in a library. It is, by definition, an egalitarian environment.

Tell that to Leonid Shutnov. According to the newspaper: “The restaurateur Leonid Shutnov will soon open Biblioteka in St James, where he will offer 100 vintages of Château d'Yquem and 80 of Château Mouton Rothschild, should 79 of Château Mouton Rothschild not be enough to slake the thirst of London's rich. It will be, says the PR guff, "one of the largest licensed premises in central London", with an interior "inspired by some of the greatest libraries in the world", if you can imagine anything worse.”

I could think of things that are worse. However, Biblioteka is an obscene reverie of libraries on a number of counts. One thinks of the Auden line from ‘The Fall of Rome’: “Fantastic grow the evening gowns: / Agents of the Fisc pursue / Absconding tax-defaulters through / The sewers of provincial towns.” For in a city like modern London, where many do not have enough to eat, and many are in that predicament because of issues of education and literacy, the obscenity of offering overpriced champagne in an environment where books do furnish a room, and nothing else, should be apparent. The library, and the knowledge it represents, is reduced to an indulgent backdrop for international wealth. The library is turned into a symbol of power and prestige but is divested of its purpose, which is to educate and improve. Shutnov’s restaurant plays with a received idea of the library, as the preserver of heritage, but in this context the only knowledge being preserved is the harvesting age of mind-altering bubbly. Visitors toast their own knowledge of the world while mocking the contents of “the world’s great libraries,” which warn against such hubristic indulgence.

Biblioteka will be situated in the centre of one of the world’s great cities of libraries, yet it does little to increase awareness of those libraries, starting with the big ones in Bloomsbury. It turns its back on the fact that the British government has a policy of closing public libraries throughout the realm. Biblioteka would treat libraries in the same way as other venues treat say ancient Rome, as a piece of architectural history that can be turned into murals for the incidental edification of millionaires who are just passing through.

Bibliotheka’s most disturbing implication is that this is how libraries now function, as historical showpieces. The urban myth that libraries do not have a purpose now that “everything” is online is writ large in the Biblioteka enterprise. That it reinforces a lie about the future of libraries, an illusion about their past, may be obvious to most readers, though not all of the target clientele of Biblioteka.

One wonders what the super-rich Russian entrepreneur Leonid Shutnov had in mind when he launched this restaurant plan on unsuspecting London. Is it in fact his idea of a tribute to the City? Is the library in his status-conscious mind a symbol of everything civilised and grand about the English? Is he unconsciously refuting the spectre of Karl Marx, who wrote most of the works that helped spark the Russian Revolution (1917) at desks of the British Library? Does he wish to remind us that the Library, like Marx, is part of past history?

His main intention seems to be to set up the largest wine cellar in Britain, with classic champagnes as the foundation of the “collection”. Pretentiously, some of the early promotions for Biblioteka even talk about these labels as a library of holdings. And maybe that is the only reading that will take place at St James in London, the reading of menus, wine labels and iphones, as the patrons get elegantly if rapidly blotto. Silently the décor will stare down at them, packed with all the knowledge they never got around to acquiring.

Posted by The Carmelite Library at 04:43