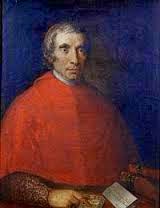 Comical, but also a warning to readers, were reports last week about the writing abilities of Sverker Johansson. He is a Swedish physicist with degrees in economics, particle physics, linguistics and civil engineering. There is no mention of whether he has degrees in Swedish, English, or Journalism.
The significant claim about Johansson is that he is, arguably, the most prolific writer of all time. It is as well the word 'arguably' is used, because we have to ask how many of the words in these articles tripped lightly from the keyboard of Sverker Johansson.

He has written over 2.7 million articles on Wikipedia since 2001, at an average of 10,000 articles a day. One report says: 'His contribution to Wikipedia's knowledge database of 30 million articles in 287 languages makes up 8.5 per cent of all the content on the site.'

Whether Johannson knows many of those 287 languages is open to question. If he did then he would be the Mezzofanti of the 21st century, his contributions to Wikipedia a mere sideshow. Cardinal Mezzofanti was a hyperpolyglot who spoke 39 languages fluently. I know this fact by reading his entry in Wikipedia, but not sure if that is due to Sverker's good guidance. It's just possible that he converted the Mezzofanti wiki into Swedish and other languages, at the press of a conversion button. Mezzofanti used his brains.

Without a need to make further enquiries, reports about the Swede continue, saying that 'his claims to authorship are contested however, as they were created by a computer generated software algorithm, otherwise known as a bot. Johansson has named his Lsjbot.'

The verb 'contested' was taken straight from the Woody Allen rulebook of droll misuses. (Allen hasn't actually written such a book, he's too busy writing.) When we read that parts of Shakespeare's plays are 'contested' we know we are entering the intense inner world of the Jacobean theatre, where scripts are going in all directions and everyone is shouting to be heard. Whereas what is contested in this case is the exact extent of Johansson's intellectual input. He might be a bright cookie but it would take the biscuit if he really had a grasp of all the knowledge in his articles. If he did then he's in the wrong job.

The real writer, of course, is the cryptically-named Lsjbot. Wikipedia's own definition goes like this: 'A bot (derived from the word 'robot') is an automated or semi-automated tool that carries out repetitive and mundane tasks to maintain the 33,335,523 pages of the English Wikipedia. Bots are able to make edits very rapidly and can disrupt Wikipedia if they are incorrectly designed or operated.' Bots are increasingly making their presence felt in the online content domain.

We are also informed that one Phil Parker is purported to be the most published author in history. The distinction between writer and author is never spelt out, possibly because no one has time, they're so busy writing. Parker 'has successfully published over 85,000 physical books on niche topics such as childhood acute lymphoblastic leukaemia. Each book takes less than an hour to 'write'. In fact the writing is carried out by patented algorithms which enable computers to do all the heavy lifting.'

Heavy lifting in this sentence seems to mean the actual processes of thinking and writing. I will point out, it took less than an hour to write this article.

Comical, because these claims highlight the efforts some humans feel they have to make in order to meet the unreal expectations of endless information, as now provided by the internet. No one seriously believes that Johansson, Parker and company are prolific writers, let alone authors, in any normal sense of the words. Lsjbot and its friends simply do what they are told, filling out the space with impressive numerical achievements.

In this context, you or I could become the most published author, or writer depending on the day or how we feel, simply by putting out more text online than Sverker or Phil.

A warning, because neither the bots nor their human creators are in the business of doing much checking of their superabundant texts. If the humans were looking for errors and cross-editing of details they would not be making the sort of through-put we read about in the papers. The computers do not do any of this sort of work because they cannot do it. Only humans have the ability to correct text because only humans have the cognitive skills. Verification apps do not exist because verification is not in the computer's skill set.

The real work begins when self-appointed experts (and many of them are experts) get to work updating stubs and wikis and other unfinished and erroneous entries, and these real live people are the writers at work here, it must be submitted, humbly. Figures are not to hand about the numbers of these anonymous contributors.

Posted by The Carmelite Library at 05:40

Email ThisBlogThis!Share to TwitterShare to FacebookShare to Pinterest
Labels: Wikipedia