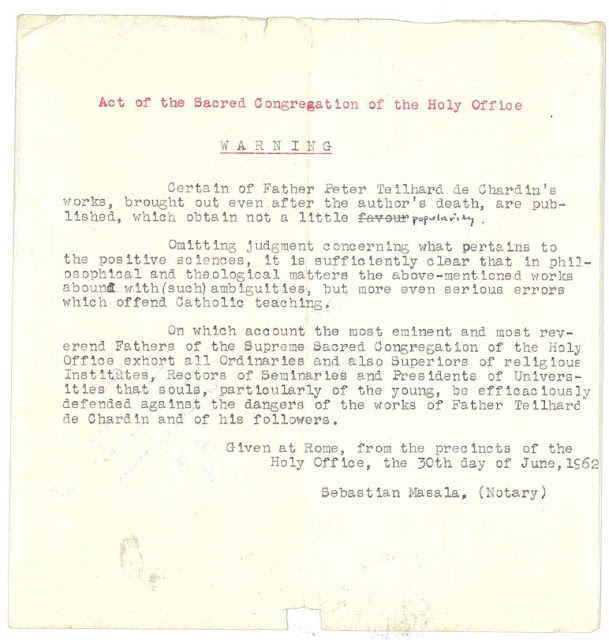 A Library member, reading our copy of Pierre Teilhard de Chardin's 'The Phenomenon of Man' (Collins, 1959), found this Warning inside the book. It is a notice translated from the Latin of the Holy Office that appeared in L'Osservatore Romano on the 1st of July, 1962. Written on the Eve of the Second Vatican Council, the words read curiously now in a time when Teilhard de Chardin has been acclaimed by Pope Benedict XVI and others for his visionary writing. Scholars are discovering that he also had a strong influence on the thinking of many attendees at the Council. The things you find in books. 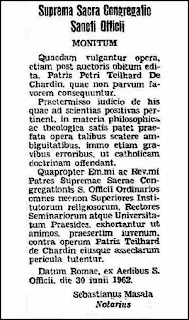 Posted by The Carmelite Library at 00:01