Connecting the cosmos, earth, body and soul through the music theories of Boethius 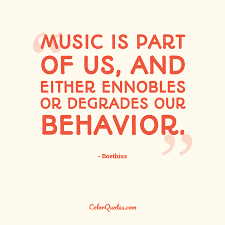 Connecting the cosmos, earth, body and soul through the music theories of Boethius. Here is presenter Susan Frykberg’s handout for the first Spiritual Reading Group of 2021, held via Zoom on Wednesday the 17th of February, 10.30am to 12 midday. Susan writes:

What I want to introduce you to today is a wholistic system of thought that has music at its core. This system of thought begins with the ear, for as Boethius says: ‘the senses are necessary in music, for if it were not for the senses, no sounds whatsoever would have been heard. They are therefore the "first principle" in music, but a first principle in the manner of an "exhortation," exhorting the student to make a reasoned investigation into what is pleasing to the ears. ‘

He goes on to say that: there are three types of music in which the power of music is manifested…the first is indeed cosmic, the second human, the third is that which is produced by means of instruments. For Boethius, everything from the universe to the human soul is connected through music: God, the cosmos, the elements (air, water, fire, earth), the seasons, humans and the human soul. Ratio, proportion, harmony, number, all present in music, are also present in all things. The cosmos sings, the eternal soul of the human is knitted together with its impermanent corporeal part through music; even the powers within the soul are kept in balance by music.

Further, good music can make us better people. Boethius is of course a late antiquity writer and the theories he presents come from Ancient Greek thinking - Pythgoras and Plato, as well as some Roman thinking (Cicero and Augustine) and the later Greek Nichomachus, (60-120 BCE), a mathematician who wrote the (lost) Manual of Harmonics). Boethius’ work De Institutione Musica was originally written in the 6th century, first copied in the 9th and is one of the first music books to be printed in Venice in 1491/2. It became intimately intertwined with Christian thinking and held sway for almost a millennia. We are discussing a kind of thinking that flourished in medieval times, a time very different from our own. There is the famous quote ‘the past is another country, they do things differently there’, so we need to keep that in mind while at the same time being open to the conceptual possibilities such wholistic thinking may offer us today.

During this presentation, I’d like you to keep in mind the following questions: 1. Can this style of thinking, a style of thought that is rooted in sound, have meaning today? 2. However we choose to think about the nature of the soul today, may there be a role for sound and music? 3. Do you think there are links between reason and the divine? 4. Do you think music has a role in formation of good character? 5. How can sound and listening link to the divine?

Posted by The Carmelite Library at 15:00