The Spiritual Canticle of St John of the Cross INTRODUCTION 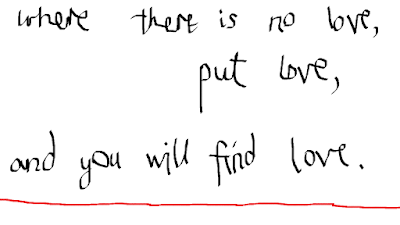 The Spiritual Canticle of St John of the Cross

Wednesday the 7th of December 2022

Recently I have been reading the emails between Sister Wendy Beckett and Robert Ellsberg, letters in email written between 2015 and her death in 2018. Amongst the many wise things said in this correspondence, Sister Wendy says that God wishes to have a conversation with us, but the conversation won’t happen if we don’t do something about it. In other words, prayer is available at any time, it is up to us to take up the conversation, as God is ready to engage. I find that St John of the Cross has the same attitude to prayer. Whoever we are and wherever we find ourselves, the simple act of making ourselves available to God through prayer is the start, whatever our present prayer life happens to be.

Elsewhere, Sister Wendy gets tetchy about manuals of prayer. She questions the usefulness of books about how to pray, as though prayer were a set of exercises. Putting aside the fact that we all have to talk about prayer who are in the business of praying, talk that may extend to putting the words in a book, Sister Wendy is getting at the fact that in prayer life we find our own way, that the main impetus is being called to prayer, of simply living a prayerful existence, in a place where how-to books become fairly superfluous. The writings of St John of the Cross are not how-to books. However, they are all about prayer, what is happening, and how we might better understand it. Like his companion Teresa of Avila, he also shows that prayer life happens in real life and is real life. That everything about prayer is going on through change.

“Where there is no love, put love, and you will find love.”

These words of St John of the Cross (1542-1591) serve as one way of learning about this poet and saint. They put us at ease, speak to whatever reality we find ourselves in at the time, and can be used to inspire us as we delve into the poetry. Although his writing can be unusual, multilayered, and difficult at times, our persistence is rewarded as we discover that he is in the business of putting love into the world in order that we will find love.

Composed in a monastic prison and copied out later from memory, ‘The Spiritual Canticle’ of St John of the Cross is a long poem that was never published in his lifetime. Intrinsic to the poem is his commentary, which is an in-depth description of the spiritual life in different stages, written with remarkable and subtle insight into human consciousness and behaviour. The more we read into the commentary, the greater our appreciation of the images and language of the Canticle itself, the poem serving at one level as shorthand for the longer exposition and as a memory game for things said in the commentary.

Context is important, so I quote Benedict Zimmerman OCD in his introduction to David Lewis’s 19th century translation. “The Canticle was composed during the long imprisonment St. John underwent at Toledo from the beginning of December 1577 till the middle of August of the following year. Being one of the principal supporters of the Reform of St. Teresa, he was also one of the victims of the war waged against her work by the Superiors of the old branch of the Order. St. John’s prison was a narrow, stifling cell, with no window, but only a small loophole through which a ray of light entered for a short time of the day, just long enough to enable him to say his office, but affording little facility for reading or writing. However, St. John stood in no need of books. Having for many years meditated on every word of Holy Scripture, the Word of God was deeply written in his heart, supplying abundant food for conversation with God during the whole period of his imprisonment. From time to time he poured forth his soul in poetry; afterwards he communicated his verses to friends.” (Lewis xii)

This morning I will identify main turning points in the Canticle. I hope that these close readings will open up understanding of this remarkable and very personal poem. ‘The Spiritual Canticle’ is a Spanish poem of 40 stanzas. Typically, the words track the relationship of the Soul to God in terms of a lover and the Beloved, drawing especially on the Song of Songs. Bride and Bridegroom are interchangeable words, though I prefer Lover and Beloved. I will read the first 21 stanzas in John Venard’s modern English translation, then offer readings of two stanzas. We will then have an interval in which Alex Safran will talk to us about an icon he is ‘writing’ based on St John of the Cross. Then, after discussion on Alex’s work, we will return to finish reading the Canticle, looking in depth at two stanzas from the second half.

You will be disappointed to hear that these readings lack the colourful digressive style and accompanying joie de vivre of Michael Brundell O.Carm., the pioneer of this December session, however I hope they will open up appreciation of John’s words, but more especially awaken thoughts about your own prayer life. At the same time, I will be following Michael’s practice of taking different stanzas of the chosen poem, offering some established readings of their meanings, and including my own lived experience of prayer.

Posted by The Carmelite Library at 17:55

Email ThisBlogThis!Share to TwitterShare to FacebookShare to Pinterest
Labels: Saint John of the Cross