Reveries of libraries, the twenty-ninth : There’s mold, and then there’s mould 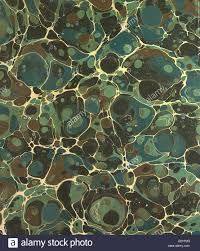 One of life’s minor pleasures is opening old leatherbound covers to a view of rich swirled marbling. Madder lakes of contiguous beauty are raindropped with navy blues or rose pinks, then rippled with golden lacing fine as spider web. Sometimes the marbling can be mistaken for a river bed. Sometimes the marbling can be mistaken for mould. Fuzzy brown globules or acrid green oozes have to be touched for reassurance. They are, yes indeed, the rare quality inks an Empire could extract from deepest darkest London suppliers. Such a relief.

The all-seeing eyes of the librarian perceive disaster. It has a disorder, a colour, a disintegration, a velvet growth. Despite having the air-conditioning on 24/7, there is an outbreak. The history books may suddenly be history. Spores are the issue. The risk is ever-present. They could spread with minimal assistance. The fumigator smothers the disaster with a noxious bomb. The bathroom fan speaks warm words to saturated pages. The paper towel stays entirely absorbed in its single task. There’s fold upon fold, and there’s mould. There’s cold, and then there’s mould. There’s tolds and untolds, and then there’s mould. However, all is not lost and the cost is low. It is not hugely expensive and peace of mind is more important. The all-seeing librarian turns the pages outward toward the sun. At least there is something to show for it. Restoration is a prospect.

Melvill Dewey broke the mould. He believed he was doing everyone a service. Or rather, he remade the mold, according to the laws of American plain speech. Only his committee quite understood. It’s hard to argue with a quorum. Mould spreads and contracts. Say what you will, it proliferates and prolongs regardless of you or anyone. Words likewise take hold in the conditions. Books give them new life, taking on appearances that weren’t there yesterday. They exist inside and outside the book, at the same time. They settle in and will not be moved, resident organisms for a protracted period. Dewey would defy mildew. His classifications bring temporary order to the mass of monographs. The elements are kept at bay in bay after bay, regimented where water must not go. But Dewey himself thrived on idealism.

It can get in anywhere, a faulty skylight, a tipped tile. Deluge comes under the door in a sudden storm. A mineral water bottle dropped in a return chute has the weekend to wreak havoc. It accumulates quietly on cold nights down to tables of contents. It is immoveable after the sprinklers finish, soaking though where it cannot run off, adding new designs to the watermarks. It drinks up pages that will puff, expand, crinkle, and moulder. The books meet their maker, the lucid element that trips tree life forward toward the clouds. That registers each leaf the branches hand out. That nestles and nets the fibres of pulp into the mould and deckle geared for endless A5, more perfect quarto, fabulous folios. That evaporates now into cyclic existence high above the reading mind, the riffling page, and into wordless atmosphere in form of said clouds.

Some libraries will not install sprinklers. If a fire breaks out, books destroyed by flames can be claimed on insurance. Books saved by water then bulge and become unusable. Their survival means that claims will not succeed. Susan Orleans describes the water effects of the Los Angeles Public Library fire of 1986. “They had to move quickly and freeze the books because mold spores begin to bloom within forty-eight hours after being activated by water. If the books got moldy, they would be unsalvageable. That meant the staff would have to pack, move, and store seven hundred thousand damaged books somewhere cold before mold erupted.” The staff froze the books in the huge freezers of fish packing and food storage facilities in the Los Angeles area. Mold, as Orleans calls it, did not erupt.

When we are smaller than a full-stop we wander through the fungal forest sprouting out of the hardcover. Pseudo-roots plunged into films of water appear little different to the canopies that afford small protection for a microdot from sun or, more troubling, water. The greenfield lie of the land transforms gold leaf letters and inkjet graphics into ruins of title and author, sunken beneath the stands of mould agglomerating and spiralling in mirkwood circlets and crescents. Innocently each type of mould rests with its funky Latin term atop acres of unreadable dead organic matter. Step over the edge of this encyclopaedia or novel or textbook, hard to tell which, and we are weaving about oases of foxing as far as microdots can see, to all corners of flyleaf flatland. Even this close up, explanations for foxing don’t come easily. They may be alive but growth is indiscernible, a brown stain before blue heaven. We brush past page after page of these mystery circlets, their water source since vanished while the colour they keep to themselves will not fade.

Jane Greenfield advises that “thoughtful housing and handling can wipe out human error and careful surveillance is the best antidote to mutilation.” Her well-chosen words are inserted into discussion about insects, mould, and flooding. Scripture moves us to consider that we not store up our treasures where rust and moth destroy, mould too being a rust that may infiltrate and corrode. Still, we live with the possibility that the contents of books will bring light and life. They are a possession the value of which money cannot buy. It does us well to learn the difference. What kind of treasure is a book if it cannot be used? Light must enter for the contents to be seen, as meanwhile Greenfield instructs, “If possible, store books away from all possible sources of water.” Though how we can ever wipe out human error is a question that hangs in the air, after we put down her book. Such questions are the cause for any number of new books, even those on the care of fine books. 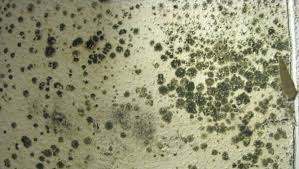 Posted by The Carmelite Library at 15:22