What is a library? What is a conference?

Congratulations and thank you to everyone in Melbourne who organised this year’s ANZTLA Conference on zoom. All the sessions were good value, providing plenty to think about, work with and act on. I look forward to reading the papers in the E-Journal. Here is my own brief account written for social media, much of which needs to be taken with a grain of salt. It is an open question here where fact ends and fiction starts, though probably somewhere in the Dewey 800s. 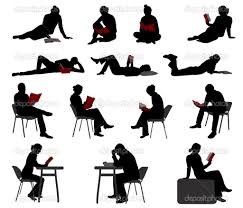 Over the past two days I attended a conference organised in Melbourne. There were 53 participants, none of whom I met personally. Those I spoke to I found to be distant, some so distant they were over the horizon. To ask a question or answer a question we had to unmute, or raise our hand. They were zoom talking heads on the electronic iconostasis of my screen. Most of the Brisbane delegates were down with covid, sitting in their respective kitchens, in homes surrounded by receding floodwater. It was good to see them, and even hear them after they remembered to unmute. Auckland was short sleeves and sunshine while other places preferred to be unvideo, totally in the dark. Gone is the room’s rapt hush during a keynote speaker, the knowing laughter of recognition as she describes professional mishaps on a shared basis, the dog that ate the dogmatics. Sharing during this week’s conference mainly involved complicated infographics we had to squint to read. It’s a world distant from that of youth. Travel to exotic conference centres is redundant, as participants sit at their respective work desks (‘See Also, Kitchen’) sniffling on mute, jotting down dot points not included in slide shows. The conference, informative, was remote and non-tactile (except for the mouse and the teacup), with its theme of libraries raising the annual question, What is a library? As participants’ faces were hidden by the next presenter and his exponential exhibition, it was hard to read the mood. Names were buried in the chatroom. Do digital librarians have uses for print books? Do they believe in shelving? Are microfiche shinier than silverfish? Do users ask a librarian the reference questions, or always consult their screens? What is a library called that has no books? Are we uploaders, downloaders, or frontend loaders? Planners, or scanners? The paper answering these questions, equivocally, will be published in the next issue of the e-journal, if I can get past the firewall.  Other presentations addressed the emerging issue of holdings. Where once the objective was to increase the print collection, now it’s to reduce the print collection. Is it compactus, or discard? Duplicates, damaged, unused, what to keep? Archival is survival. Space is precious, textbooks are online, students need more areas for their laptops and teacups. The conference broke for lunch in the privacy of our respective habitats, never a word spoken. The latest release of windows in Melbourne displayed steady rain. After which we returned to that World Library, the internet, to a speaker on rare books of the 21st century. Interactive thoughts went through my head. How many formats can humans invent? Should AI do all the cataloguing? Libraries own the books but do they own the e-books? Are they across all the other formats that were absolute once, obsolete now, and rare as incunabula tomorrow?
Posted by The Carmelite Library at 18:50