An Exhibition of Superlative Books: The Loudest Book in the World 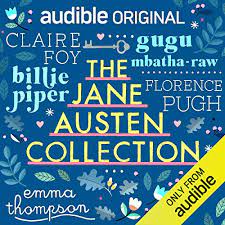 Competition is almost Trumpian to be the loudest book in the room. Radio doesn’t hold back. The talking book brought a new dimension to the repertoire of the book and, unlike the movies, has to keep strictly to the text. For some of us, a road trip is not complete without Jane Austen speaking to us (pictured) somewhat louder than is necessary while the landscape glides by. We try to think of the audiobook taken to its extreme, played to a packed stadium like a rock concert, but somehow that has never caught on: we like being spoken to at a human level, one-to-one. There is also the other issue, the practical outcome of listening to a favourite book at 130 decibels over three hours. We note in passing that the Guinness no longer celebrates The Loudest Band in the World for fear of promoting hearing loss. Another claimant for loudest book is loudest slam. We generally slam shut a book for one of three reasons: to express our displeasure at what we have just seen in the contents, to show that we exist, or to give someone a fright. None of these actions are seriously premeditated, so records are scarce as to which book made the slammest slam. Tests for slamness are still in their early stages. All we can say with certainty is there are a lot of contenders out there shouting for attention as biggest slammer. Visually speaking, every time we enter a bookshop we are confronted with the question of loudest book cover. Publishers seem to spend half their time devising the most eye-catching images for their products. We are invited to judge a book by its loudness. The ultimate result is graphic design overload, leaving us to question to what extent a cover ever has much to do with sales. Some books have visual loudness built in. There are books of my experience from the 1967-71 period when psychedelia and neon colours were mandatory in design (pictured). The orange flyleaves, or vivid pink, of these books leave rectangular imprints on the retina that remain there, like a sun cube, for some days. During that time the whole world looks like a Mark Rothko painting, so user beware, we need to give ourselves time out before opening these far-out books. They remind us that science can only go so far in quantifying loudness, that loud has a subjective quality that no amount of analysis can prove. When it comes to orange, or vivid pink, one person’s autumn leaf is another person’s sun flare. Which brings us to the loudness of the enclosed text. One contender, in this regard, is ‘Finnegans Wake’. James Joyce’s linguistic explosion of a novel is punctuated by no less than ten thunderwords, nine of them 100 letters long, the last 101. The thunderwords are instances of the exclamations and interjections that animate the whole story. This is only one kind of loud text, devised for dramatic entertainment as much as instruction. Asked to name another book where loud is a verity, my first response would be this. Psalms have slam. In the written record, they speak across lifetimes in a voice that is authoritative and experienced, tried and true, personal and general, loud and clear. They tell us to praise him upon the loud cymbals, to praise him upon the high sounding cymbals. 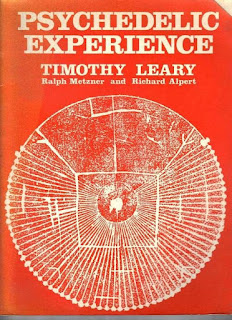 Posted by The Carmelite Library at 00:25

Email ThisBlogThis!Share to TwitterShare to FacebookShare to Pinterest
Labels: Book in history, Superlatives