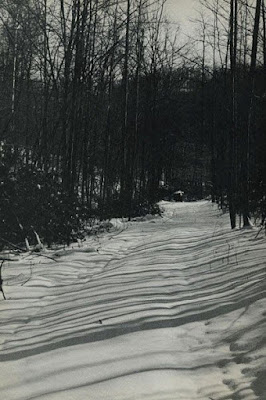 On the 17th of March Philip Harvey conducted a Spiritual Reading Group on Thomas Merton. Pursuing a biographical line, poems were read and discussed that identified nine different aspects of Merton’s life, self, and work. Each aspect was illustrated by one of his photographs. Here is the text, with comments from the group about the poetry.


Thomas Merton died in Thailand, before Christmas in 1968. He was 53. Was he ever planning to leave the Order? Was he moving into a whole new phase of inter-religious conversation? Was his death an accident, or not? Such questions rivet biographers, inspire books, and start fan discussions, but they are not really the questions that Merton himself is asking of us his readers. Prolific is a common word used to describe Merton and this is true too of his poetry. Not all of his poetic explorations work, yet exploration is always what’s going on. Much of his poetic exploration continues to defy easy analysis. He makes universal his own concerns. He wants us to be in on the conversation and the experience. He is very interested in our own limits as humans.

Like all other Cistercians through the ages, he sang the psalms almost every day. His own writing on Psalms reminds us of their continuous connection with existence and with God, their daily sustenance whatever the weather. Here he writes ‘A Psalm’. This psalm is in praise of psalms. It opens with the unexpected analogy of poetry to rum, though the effects of a good psalm seem to be more lasting than liquor. Their repetition through the year enlivens his love and awareness of all creation. Half way through the psalm, however, he moves from ecstasy into a letting go even of those things that make a psalm happen. In such a state “music turns to air and the universe dies of excellence.” The psalm is left behind, as it were, when the true author and receiver of the psalm is all in all. Such is the visionary state entered into that soon only “God sings by Himself in acres of night.”

When psalms surprise me with their music

And antiphons turn to rum

The Spirit sings: the bottom drops out of my soul.

And from the center of my cellar, Love, louder than thunder

Opens a heaven of naked air.

I send Love’s name into the world with wings

And songs grow up around me like a jungle.

Choirs of all creatures sing the tunes

Your Spirit played in Eden.

Zebras and antelopes and birds of paradise

Shine on the face of the abyss

And I am drunk with the great wilderness

Of the sixth day of Genesis.

But sound is never half so fair

As when that music turns to air

And the universe dies of excellence.

Fall from their heavenly towers.

Joys walk no longer down the blue world’s shore.

Though fires loiter, lights still fly on the air of the gulf,

All fear another wind, another thunder:

Then one more voice

Snuffs all their flares in one gust.

While God sings by Himself in acres of night

And walls fall down, that guarded Paradise.

Posted by The Carmelite Library at 20:52